Your law school experience is a big part of becoming a successful legal expert. Our Master of Laws (LLM) program pairs a rigorous academic atmosphere with a community of peers and scholars who will be highly involved in your development regardless of where the learning takes place.

You’ll find yourself learning more about the U.S. legal system while improving your knowledge and use of the language of law with JD students. Your small classes and interactions with a diversity of students will be pivotal in developing your networking skills and future global connections.

Get a sense of who we are. Discover what it’s like to be a law student at Wake Forest through our picture tour of campus, facilities, and Winston-Salem, North Carolina.

Each LLM student is paired with a 2nd or 3rd year JD student who is already an expert at navigating the law school experience. Through the mentorship program, you’ll find yourself sharing your experiences with your mentor while gaining advice on law school exams, class requirements, study practices, social events, and even U.S. culture.

You will be guided on your academic journey by a member of our faculty, who is specially chosen to match your interests and goals. This advisor will be a resource for course selection, research projects, and exploring the career path you wish to take upon graduation.

We’ve got a lot going on. Wake Forest School of Law hosts many events throughout the year to connect you with leading ideas and distinguished experts in the legal profession. Our numerous speaker series, fundraisers, and student-focused events will help you develop personal and professional relationships. 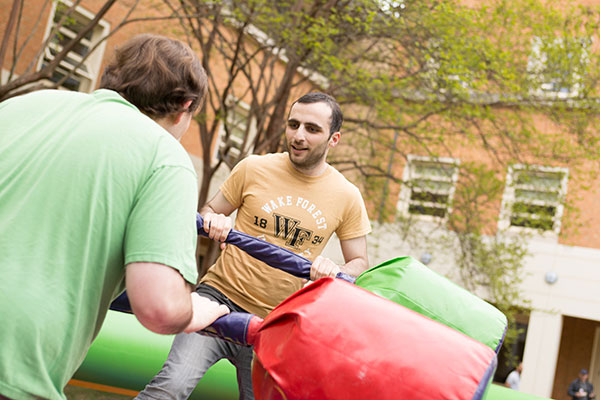 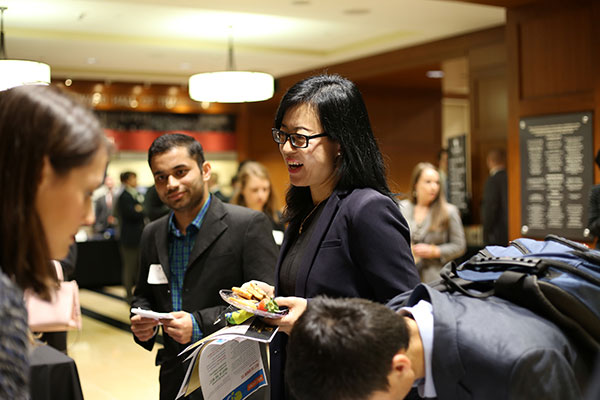 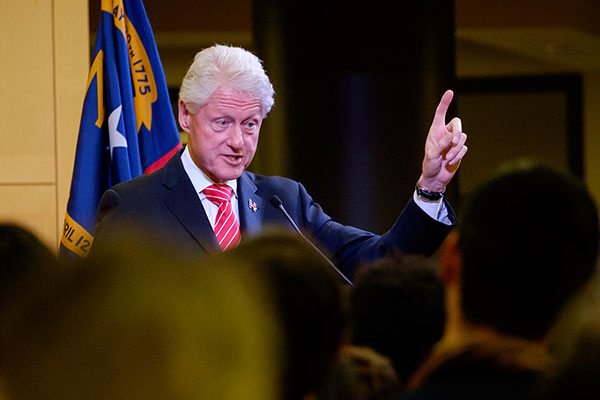 Our 30+ student organizations offer experiential learning opportunities where international and JD students are able to work in collaboration over shared legal interests and passions. Some examples include:

Our motto "pro humanitate," which roughly translates to “for Humanity,” is a calling to use our education and value for community to better the lives of others. No matter your personal interpretation, the spirit of pro humanitate is an opportunity to leave the world better than we found it.

Campus Amenities. Wake Forest University offers of variety of updated amenities to all students, including access to a fully renovated fitness and wellness center, campus recreation programs such as intramural sports, outdoor pursuits, and fitness classes, as well as student support services and multiple locations for dining and food service.

Campus Arts & Entertainment. There are so many benefits to attending Wake Forest Law, one of which is the close proximity to campus events. The University hosts a number of events that range from concerts to distinguished speaker series to theatrical events.

You'll also be able to watch National Collegiate Athletic Association (NCAA) Division I athletics that feature teams in the competitive Atlantic Coast Conference (ACC). Because Wake Forest is small in size, but big in spirit, you’ll be able to cheer on the “Demon Deacons” as they compete for conference and national titles. Tim Duncan, Chris Paul, and Arnold Palmer are just a few professional athletes who began their careers at Wake Forest. 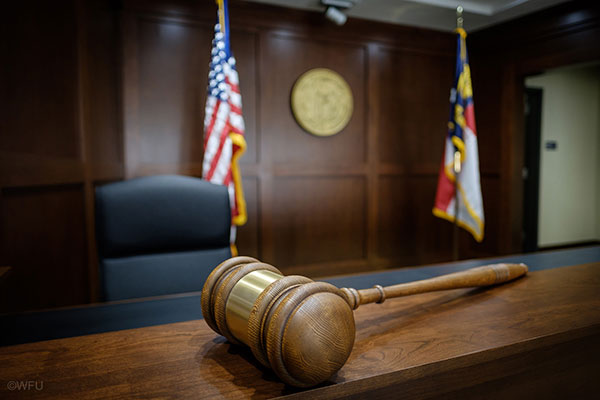 Witness appellate and business court proceedings only steps away from the classroom. Wake Forest School of Law hosts federal and state courts of appeals and even shares a home with a North Carolina Business Court, which hears corporate and commercial law disputes. You’ll be encouraged to enrich your curriculum by attending court and discussing it in the classroom throughout the year.

Thrive in a city with a small-town feel where aficionados of all kinds can bridge their interests with experiences and entertainment. Whether you’re an admirer of the arts, a self-proclaimed foodie or craft beverage enthusiast, or even an avid adventurer of all things outdoors, Winston-Salem delivers an abundance of opportunities where residents and visitors alike can see and feel all of the wonders unique to the American South.

No matter the time of year, the visual and performing arts flourish in Winston-Salem. As a city that pairs multiple music venues, museums, art studios, maker spaces, and an independent movie theatre with a top-ranked creative and performing arts conservatory, there is never a shortage of local events and performances that feature regional and world-renown talent. In fact, festivals dedicated to film and music find their home in the heart of downtown Winston-Salem every year.

This vibrant downtown area also hosts a growing collective of breweries, coffee roasters, and local restaurants that are distinct to the flavors of Winston-Salem and North Carolina’s Piedmont. And just near the outskirts of the city are several vineyards and wineries that hold tastings, live music, and a range of other events.

Nature-lovers thrive in Winston-Salem. Thanks to the city’s close proximity to multiple state parks, there are more than a handful of ways to escape to the great outdoors. Weekend waterfall chasing, kayaking, mountain biking, horseback riding, hiking, and even rock climbing are all accessible adventures that are less than an hour away.

For more casual outdoor experiences, you can attend a minor league baseball game, partake in a yoga session downtown at Wake Forest Innovation Quarter’s Bailey Park, shop at one of many local farmers markets, or take a walk in one of the many unique parks located in and throughout the city.

Winston-Salem isn’t without its oddities, either. Sipping wine with llamas, competing with friends at the local axe-throwing range, or buying local art from decommissioned cigarette vending machines are just some of the experiences that contribute to Winston-Salem’s fun and distinctive character.

Wake Forest University offers several services to help students safely commute to and from campus. With the university expansion to downtown, there are more opportunities for students to explore all that Winston-Salem has to offer.